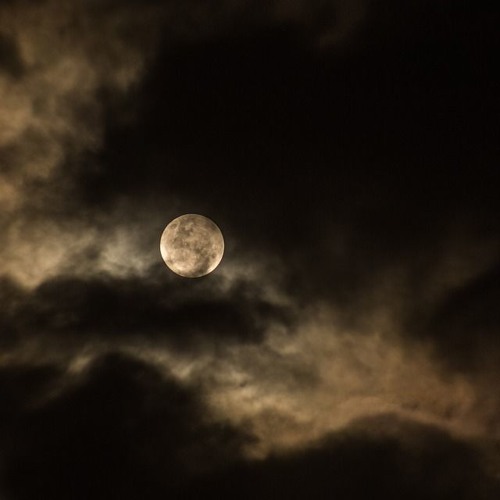 “I’ll call you if I need you” Holly held up her phone as evidence, “and I’ll be back safe, I promise. I just need a couple of hours to tether myself back.” She gave Natalie a slow kiss and got up, grabbed her thermos and walked to the backdoor.

“Okay. Call me when you’re on your way back? And, please, no dying. Love you, Holly.” Natalie called after Holly. “Love you, Nati.” Holly said with a wave of her hand, without looking back, closing the door behind her. She advanced through the backdoor of the house where she and Natalie rented the first floor. As soon as she crossed the threshold, her features became solemn anguish. She felt as if made of sand; the evening gale could unmake her at any moment.

It was about 11pm: the sky was cloudless and the moon full. The air was warm, pleasant. Holly walked straight into the woods behind the house. Under the moon’s brilliant gaze, the path to the river pool was an enjoyable tread; the trail’s landmarks never beyond Holly’s range of discernment. She drank wine steadily from her thermos, her phone played music and served as supplementary illumination. She felt hollow and morose, but increasingly at ease as she moved in the dark and the wine began to settle in her head. After 15 minutes of hiking, peace distilled in her swaying head as she caught the sounds of the the small waterfall’s vigorous bubbling, eventually recognizing before her the familiar waters of her destination. The moonlight that reached the irregular circle of the river pool was scarce, but optimal for scotopic vision. She stopped the music, laid herself on the usual rock, looked up at the piece of sky encroached upon by dark branches and whispered to herself “a crown of thorns” , definitely in a dramatic mood. She sighed.

Her thoughts dwelled on the past week, trying to find the crack through which the existential misery had seeped in this time. It was the historic precursor to this sadness; a few days pooling up inside her and it inevitably curdled into depression, corroding pleasure and emptying her of willpower. She sat up, breathed in and out deeply. Just another low in the cycle. It will pass. She thought to herself, holding her hands to her chest as if she held a protective amulet. Then she took off her shoes and swiveled to dip her toes in the water. It was quite cold. She drank deep from the thermos, took off her shirt and shorts and used her arms to lower herself and gradually submerge her body, the shock of the cool water sobering her up to a happy middle ground between very numb and very stimulated. It was a blissful, alive sensation and it made her smile with closed eyes.

Suddenly a voice appeared; the surprise like a stranger’s cold fingers on Holly’s neck. “Oh, hello there.” It said faintly, from a distance. Holly turned around abruptly, her vision spinning. “Hello?” She frantically scanned the rocky edges of the river pool and did not see any human-like movement. She shut her eyes, getting chills, and wondered if it had been some sort of alcohol-derived auditory hallucination when again it spoke, closer and clearer, to her left: “Don’t worry” It chuckled, playful. “It’s only me.” Holly turned to where it came from. Me? It was a young woman in a flowy sleeveless white dress, voluptuous hair silhouetted, face still too far for Holly to make out more than the normal human face template: eyes, nose, mouth where they’re supposed to be. “Ok… Hi there… you?” Holly said followed by a small sigh underwater. She had honestly wished to be alone here for a while, maybe cry a little.

“Do you mind if I get in?” The woman asked, her voice quite pleasant to Holly’s ears, melodious and warm. “Well, tell me your name and I’ll consider it.”

“Fair enough. My name is Iris. I also enjoy coming here at night.” She began to slowly disrobe to nakedness. Holly couldn’t suppress a gasp. Even in the dim light, it was evident that Iris was stunningly beautiful. The trees moved in the breeze and the moonlight and shadows caressed Iris’s shapely pale figure, at once full and slim and softly toned. There was something undeniably sensual about her person, her movements. Iris’s voluptuous hair framed a face that Holly couldn’t help but want to examine closer given that the distance and lighting only permitted her to ascertain full lips, big bright eyes, and high cheekbones. Holly felt a violent flutter in her stomach as Iris came closer. She felt something she hadn’t felt ever: a carnal, violent infatuation. Iris slipped into the pool without a shudder and smiled at Holly. All the while, Holly was trying to quell the lust that suddenly possessed her and couldn’t speak. Iris ventured “So, what brought you here tonight? I came because on nights like these I just need to replenish myself in these waters. I feel like they have restorative powers. In fact, you are not the first person I’ve stumbled upon on my occasional visits here.” Holly recovered herself enough to ask, “Truly? I have only come here once or twice, usually to meditate or to be melancholy by myself.” As she spoke, she studied Iris closely, her eyes flooded with aesthetic pleasure and her body with longing for contact. It was exhilarating. What possessed her currently had locked Natalie away behind a door so that her mind could pretend she didn’t exist. “I can totally get that.” said Iris with a smile. “I am going to take a guess here and say that thermos is holding something other than water.” Holly chuckled, “Correct. It’s cabernet sauvignon. I like dry wines.” Iris’s expression pleaded, “Would you mind if I had some?”

Although Holly was planning to say yes, she felt this powerful urge inside of her that commanded she please Iris, no matter the request. “Of course.” She passed the big thermos and watched as Iris closed her eyes and drunk, a blood-red trickle sliding down her chin, her neck, disappearing in the water that reached her breasts. Holly felt the desire to lick the trace and could hardly think of anything other than drinking wine from Iris’s mouth. She did try to control her thoughts, her body, but it was as if she were spellbound. As if she had imbibed some drug and her intentions were as effective at controlling her actions as a puppet’s.

Iris wiped her lips and her eyes widened, becoming fixed on Holly. “Thank you. That was so nice…” She smiled as if suddenly enchanted. She looked very pleased. She bit her lower lip and looked down. Holly would have been confused if she wasn’t so busy being in awe of this creature. Holly’s heart skipped as Iris approached her looking intently and somewhat curiously at her; she stopped when she was near enough that her breasts brushed Holly’s chest, which sent shockwaves through Holly’s body. Her mouth opened involuntarily, and she felt heat in her cheeks and between her legs. Her thighs clenched against each other. “Here have some.” Iris said as she raised the thermos and started to embrace Holly’s waist so as to get her to rest in her arms so she could pour the wine into her mouth.

This was the moment Holly knew for certain that her body and her mind were being controlled in some way and her heart was racing, her thoughts began a panic, but it was as if she had sleep paralysis and could only oblige the puppeteer’s strings. She did not want to stop, but she had lost control to even stop if she wanted. She rested on Iris’s arm, her cheek against her right breast. She felt pleasure, but she also felt deceived by it. As if under the ecstasy lay a sinister and hungry intention for absolute control. She closed her eyes and opened her mouth, feeling like she was about to melt with the wine that began pouring into her mouth; a steady scarlet trickle. Holly licked her lips, keeping her eyes closed, blissed out on the moment, not daring to look straight into Iris’s bewitching face for fear of further spotlighting her obvious lust and powerlessness. Then the though occurred to her… She was prey.

Iris slowly caressed her hair and began: a kiss on the lips, a kiss on her chin, a kiss on the nook between chin and neck, a very slow suckling kiss on her neck, a subtle unhinging of the jaw, an inconspicuous multiplication of sharp teeth, and finally, a great, unexpected, and fatal bite destroying Holly’s neck by ripping it apart with monstrous strength and appetite. Blood and larynx and pharynx everywhere. Iris enjoyed her hearty meal, her eyes glowing green, her skin rippling with scales and nails becoming as sharp as blades. Poor Holly. Whatever Iris was, river ghoul, forest shape-shifting monster, a creature’s got to eat. Now Iris would keep her interesting little head as a keepsake and feast on the rest of her decomposing body for the week.